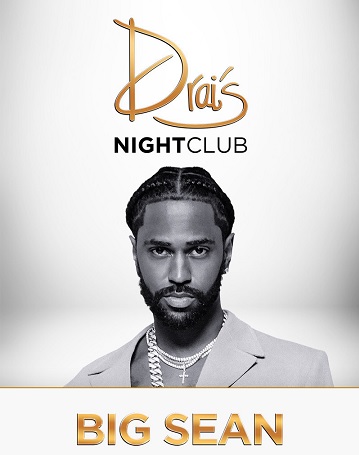 If you’re not in the club scene, or your only interaction with the club scene is turning up for the music, you might not know the name Victor Drai. That’s ok. He put his name all over something you’re sure to remember – Drai’s Nightclub. It’s the place in Vegas for club patrons who know the difference between upscale and just scaled up.

An elevator ride above the Cromwell, a sensual boutique hotel on the Las Vegas Strip, Drai’s Nightclub continues the Cromwell’s attitude of specifically-chic ambiance catering to a crowd of clever and well-off waifs. The clientele can tell that the Strip is changing and they know how small batches of craft work offer greater taste. So coming to Drai’s means accepting that the club is as much a place for art as getting wasted.

When the night is warm, which is a lot of time in Vegas, the pool area is open with a view of the Strip, Caesar’s Palace and Bellagio across the street, and the occasional burst of fireworks set off by someone who probably paid more for that honor than we make in a month of writing about it.

In many ways, Drai’s Nightclub is like its competitors and it’s cohorts – Drai’s Afterhours and Drai’s Beach Club – but thanks to the efforts of renowned creator Victor Drai and the smaller but special styling of the Cromwell, Drai’s Nightclub has carved out a star-shaped space in a city almost bursting with supernovas. And with the mega performers who have hit the stage, like 2 Chainz, the Weekend and more, Drai’s Nightclub is a venue that brings the show to the party and thanks you for attendance.

By completing the admission request form below, you will be assigned a Drai’s Nightclub host/hostess to personally assist your group and answer all of your questions. Your host/hostess will notify you and your group of all current admission options. VIP table service typically starts at around $150-$300/person and includes drinks, and dedicated personal service for your group. General admission options may also be available, but general admission entry does not include seating and drinks will need to be paid separately. The net cost of VIP options often results in about the same total cost groups end up paying with general admission.

Past party video of Drai’s Nightclub: