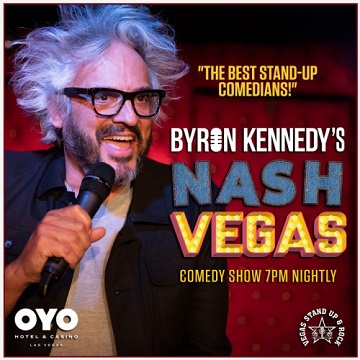 Byron Kennedy brings his hilarious stand-up to the OYO Hotel, and he’s taking his friends along for the ride to create a comedy variety show that you won’t want to miss.

Featuring a different headliner that Byron Kennedy has met as he tours across America, Bryon Kennedy’s Nash Vegas Comedy Show offers something new and side-splitting every time you visit.