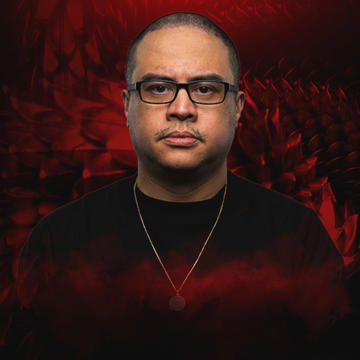 Guest list free entry does not include seating. Guest list entry groups must have at least as many ladies as guys in the group (Guys in excess of the number of ladies in your group may be required to pay general admission). Guest list is at the sole discretion of the venue.

Bottle Service/Table reservations start at $150-$300/person. The price for your reservation is your minimum spend commitment (will be credited towards your bar tab). Upon registering to attend, a Tao Nightclub host will contact you to provide the best possible options to meet the desires of your group.

When you’ve lasted more than ten years in this town it’s pretty clear you’re doing something right. Having outlasted clubs, restaurants and even a few property names (we’re looking at you, Quad), Tao is now a Vegas mainstay and one of the spots you shouldn’t miss if you’re planning a tour of the Las Vegas club scene.

If you’re tired of dancing or getting creeped out by all the Buddha statues staring at you, and you can’t score a table on the second floor overlooking the main room, the Opium Room might be the spot for you. No there’s no real opium. And we’ve been instructed not to put a winky face after that statement. The Opium Room is just a clever name for a chill lounge with its own bar, its own DJ booth and a style that’s more like the inside of a beautiful bamboo jewelry box instead of the shiny pink jewelry that is the main room. – Read more at Vegas.com

DJ E-Rock grew up in San Francisco as DJ culture was blossoming. With legends like Q-Bert, Apollo and Shortkut in his backyard, E-Rock was exposed to pioneers at a young age. He turned this love for turntablism into his first Bay Area radio at the age of 15. He’s still the youngest on-air DJ to grace San Francisco’s airwaves.

Over the past 20 years, E-Rock has risen from local stardom to national icon. Today, he headlines Saturday nights for the world-renowned LIGHT Vegas, sharing the stage with top musical talents including John Legend, Ludacris, T-Pain, Ne-Yo and J. Cole. Prior to taking over at LIGHT, E-Rock drove massive crowds to Haze and 1OAK Nightclubs. He also holds residencies in Chicago, San Diego and Hollywood – just to name a few.

E-Rock helped launch Vegas-style nightlife in San Francisco – one of the top markets in the world for live entertainment. With stints at Infusion Lounge, Temple & Love & Propaganda, E-Rock most recently, he brought a true open format experience to the W San Francisco.

Though E-Rock travels the country, he always supports the home team. He’s the official director and a member of the San Francisco 49ers DJ program, and was the official in-stadium DJ for the World Champion San Francisco Giants at AT&T Park for 5 years.

Aside to being syndicated in multiple markets, you can also catch E-Rock live on air every Monday – Friday @ 2PM on Los Angeles’ REAL 92.3!

E-Rock’s gift for music has grown over time as has his deep understanding of music. Expanding his arsenal as a producer, “Move It All Around” has been played on countless radio shows, at clubs and music festivals.

From the international mecca of live music in Las Vegas to the roar of the crowd at his hometown Levi’s Stadium, E-Rock’s profile continues to soar.

Be sure to keep up with DJ E-Rock on social media: