Faaabulous! The Show | 28% Off Tickets 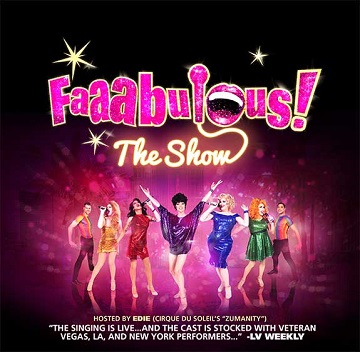 28% Off Tickets | Select Tickets: Regular $, Sale Price $39 + Taxes & Fees – Lowest Price Guaranteed | 9:00PM every Thursday, Friday night at Notoriety @Neonopolis (Downtown Fremont Street) | Get ready for a one-of-a-kind drag show where these talented queens strut their stuff while singing live to a wide hang of fantastic tunes with Faaabulous! The Show performing every Friday at Neonopolis in Downtown Las Vegas.

Are you ready for a fun-filled night of giant wigs, death drops, mind-blowing vocals, and lots and lots and LOTS of glitter? If so, then throw on your tallest platform heels and strut on over to Faaabulous! The Show, performing every Friday at 8 p.m. at Notoriety Live! on Fremont Street.

As the only drag show in Las Vegas where the queens sing live, this one features five powerhouse performers that have graced top-tier stages and won multiple awards all across the country.