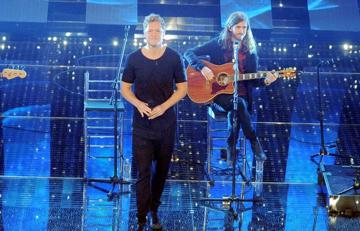 Sat, Sep 10, 2022 • 6:30 PM at Allegiant Stadium, Las Vegas | While it may seem like Imagine Dragons suddenly appeared from nowhere, they actually formed in 2008. The founding members, Dan Reynolds and Andrew Tolman, met while they were students at Brigham Young University. They had some struggle in getting a final lineup for the band, but once they did, they began to gather a following in Provo, Utah. After this, they moved the band to Las Vegas, Dan Reynold’s hometown. This is where their first three EPs were recorded and released. While they continued playing small shows and developing a dedicated following, it was not until a chance incident in 2009 that they got their big break. The band Train was scheduled to play at the 2009 Bite of Las Vegas Festival, and their lead singer, Pat Monahan, fell ill. Imagine Dragons was asked to fill in last minute and got to play to an audience of 26,000 people. This gave them the jump they needed to hit the mainstream music scene. Since then, they have sold over 12 million albums worldwide, as well as over 35 million singles. They show no signs of slowing down any time soon. Imagine Dragons has performed in many countries around the world, including Poland, England, Germany, Mexico, Italy, Russia, France, Thailand and the United States.

Preferred and sold out tickets may be purchased on Stubhub. Stubhub third party tickets may be above face value to obtain preferred and sold out seating. Preferred tickets currently available on Stubhub from $60 + taxes and fees (Stubhub ticket pricing fluctuates in real time). This website is an affiliate website of Stubhub with incentive to promote Stubhub tickets, although we do not endorse Stubhub or any other ticket processor. Stubhub offers our website visitors direct pricing with no extra fees or charges.