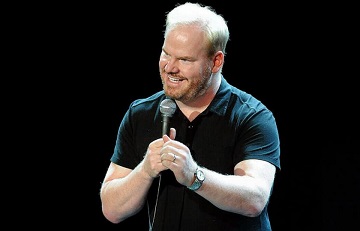 Dec 7,9,10 2022 – 8PM shows at Encore Theater at the Wynn, Las Vegas | Jim Gaffigan is one of America’s premier stand-up comedians. He is a talented comedic actor as well. He gained major notoriety with a simple take on one of America’s best-known microwaveable foods: Hot Pockets. At its peak, Jim Gaffigan’s quirky way of pronouncing this food was being mimicked by millions of people across the country. Even today, he will use the bit occasionally in his routines. You can catch him on television as well as on the big screen, and if you want to see him live, he is out and about doing side-splitting stand-up around the country and in Canada.

Preferred and sold out tickets available on Stubhub. Stubhub third party tickets may be above face value to obtain preferred and sold out seating. Preferred tickets currently available on Stubhub from $115 + taxes and fees (Stubhub ticket pricing fluctuates in real time). This website is an affiliate website of Stubhub with incentive to promote Stubhub tickets, although we do not endorse Stubhub or any other ticket processor. Stubhub offers our website visitors direct pricing with no extra fees or charges.

Gaffigan’s Hot Pockets bit is still one of his most popular. However, he has done quite a bit more work in the comedy universe besides just talking about microwavable food. He has had quite a successful television career and has starred in a number of movies on the big screen. Jim Gaffigan has also appeared on Broadway and numerous talk shows. During all of this, Gaffigan has worked with the top names in entertainment such as Chris Noth, Shia LaBeouf, Kiefer Sutherland and Mike Myers. In addition to his performances, Jim has also written for television and movies and has published a few books online and in print.