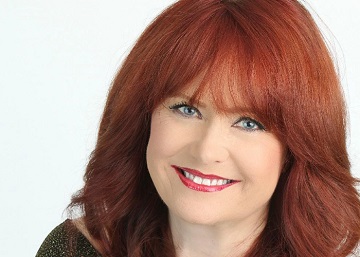 “Edgy“,” “honest,” and “hilarious” are words to describe Kathleen Dunbar’s comedy. Motherhood, aging, and family are some of the topics she tackles with razor sharp sarcasm and quick precise timing. Kathleen keeps you laughing through her entire show.

She started in 1999 and has taken the comedy industry by storm. In 2002 she made the move to Las Vegas and won the Las Vegas Star Search Comedy Competition, sponsored by KLAS TV 8 and Station Casinos. She audition and was accepted for the 2002 Las Vegas Comedy Festival. Producers were so impressed, in 2003 they made her tour manager.

​In 2003-2005 she starred on the Las Vegas strip in “Kathleen Dunbar’s Divas of Comedy” at the Saraha Hotel.

Since then she is in high demand and has opened for Bill Maher, Arsenio Hall and performs up and down the Vegas strip including:

In 2017 Kathleen traveled overseas to entertain out troops with Armed Forces Entertainment .

In 2012-2014 Kathleen headlined and was a favorite on Celebrity Cruise ships with Sin City Comedy at Sea. Currently she is performing on Carnival Cruise Line’s Punchliners Comedy Clubs.

Kathleen has also performed in many production shows including “iCandy Burlesque“, “XComedy” and “Fantasy“. She has also won numerous awards.