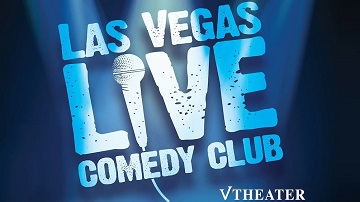 Some of the best comics in the business are performing nightly at the Las Vegas Live Comedy Club in the V Theater at Planet Hollywood Resort & Casino.

Along with the show’s resident headliner, Edwin San Juan, the comedians included in the line up hail from some of the best comedy markets in the country, including Chicago, New York City, Boston, Los Angeles and Las Vegas. The comics have performed on HBO, Showtime and Comedy Central specials.

No matter who is performing on any given night, the intimate setting of the V Theater makes all audience members feel included in the show regardless of where you’re sitting.

Come for a few drinks and a lot of laughs as the production’s array of talented comedians stir up plenty of laughs.