Marquee Nightclub | Lowkey In The Library with DJ Lema 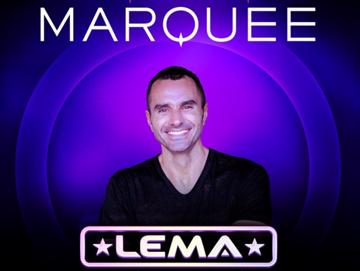 Exclusive Free Guest List Entry (Limited Availability) & Bottle Service/Table Reservations Available | LowKey in the Library at Marquee Nightclub is a new weekly programming. Tech and deep house sounds take over the exclusive and intimate Library, which is transformed into a Tulum-inspired destination.

#TeamLema is in full effect with loyal fans around the world—but don’t feel bad if you aren’t familiar with the headlining DJ yet; his beats are as welcoming as his smile.

In a cityscape dotted with superstar producers banging out the same hits, Lema is proving a solid set is what the clubbers really crave and subsequently worked his way up the ranks to headlining premier hot spots such as Marquee Nightclub & Dayclub, Tao and Lavo. Lema’s résumé is a veritable bucket list of parties for any electronic dance music DJ, including playing alongside Kaskade for Summer Lovin’ each year, plus supporting Armin van Buuren, Dash Berlin, W&W, Erick Morillo and more. Now Lema travels the world with residencies that not only include America’s dance-music mecca, Las Vegas (where he was honored as the No. 1 DJ in the city in 2012), but New York City, Los Angeles, Miami, Chicago and even Australia.
As any good spinner knows, production is the next goal, and Lema successfully spread those wings with “Magnetic Nights” featuring beloved songstress Christina Novelli. And that’s only a start for Lema with more tracks to come. With polished professionalism and warm personality to boot, it’s no wonder those who stop by a set end up coming back to groove again.