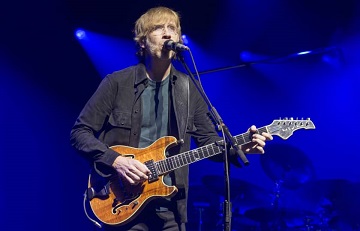 Nightly Oct 28-31, 2021, 7:30 PM at MGM Grand Garden Arena | When Phish did its first gig together in December 1983, it had no idea what a devoted following it would end up cultivating. Like the Grateful Dead before them, Phish fans often follow the band from concert to concert throughout the year. Barring a short hiatus from 2000 to 2002 and a break-up period from 2004 to 2008, Phish has released albums and toured the world for more than 30 years. It is known for its eclectic musical style, extended jams and blending of musical genres as well as its on-stage musical improvisation. With more than 8 million records sold in the US alone, the band stands out. Rolling Stone has even called it the most influential band of the ’90s, and Ben and Jerry’s has had two types of ice cream named after the band – Phish Food and It’s Ice…Cream.

Preferred and sold out tickets available on Stubhub. Stubhub third party tickets may be above face value to obtain preferred and sold out seating. Preferred tickets currently available on Stubhub from $90 + taxes and fees (Stubhub ticket pricing fluctuates in real time). This website is an affiliate website of Stubhub with incentive to promote Stubhub tickets, although we do not endorse Stubhub or any other ticket processor. Stubhub offers our website visitors direct pricing with no extra fees or charges.

Phish: I Saw it Again This Summer

Phish got off to a rocky start. It performed its first gig at the University of Vermont on December 2, 1983. After this, it didn’t perform again for more than a year due to the suspension of guitarist Trey Anastasio for a prank he pulled at the university. From 1984 to 1990, Phish performed at various clubs and functions. During this time, it released albums The White Tape, The Man Who Stepped into Yesterday, Junta and Lawn Boy. After the release of Lawn Boy, Phish was signed by Elektra Records. It has released nine studio albums and 15 live albums since then.