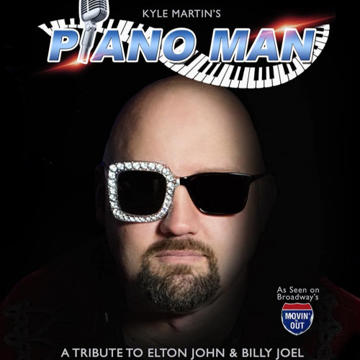 He’ll sing us a song because he’s the Piano Man! Kyle Martin is coming to the V3 Theater inside the Miracle Mile Shops at Planet Hollywood, and he’s bringing his hit Billy Joel/Elton John tribute show that will have you singing along to your favorite songs by these two rock superstars.

Kyle Martin starred in Billy Joel’s smash Broadway hit “Movin’ Out” and has performed all over the United States as the lead singer of the award-winning Billy Joel tribute band JOEL.