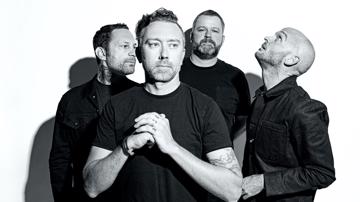 Friday, July 15, 2022 • 8:00 PM at Zappos Theater @Planet Hollywood, From $84 – Lowest Price Guaranteed | Get ready to get your rock on when iconic punk rock band Rise Against makes a stop in Vegas for a one-night event.

Lowest Price Guaranteed: If you purchase your tickets via the following ticket link and later find a better price for the Rise Against concert for the seats purchased, the competitor’s price will be matched and the difference will be refunded. That’s customer care you can count on.

Does your sucky boss keep hounding you at work? Maybe your significant other is being a drag? Well, we got a little gift for ya: Rise Against is about to rock the Vegas stage.

This concert is a dream come true for modern-era rock fans. Hardcore rock band, Rise Against are known for their super smash hits, “Give It All,” “Prayer of the Refugee,” and “Savior.” The band formed in 1999, and after a few hiccups, they’ve been jamming together ever since, creating nine killer studio records and earning success in the U.S. and internationally.

Their latest album, Nowhere Generation, is an aggressive spotlight that shines a light on the social and economic issues that are making it so difficult for the younger generation to attain the American Dream. The album’s title track earned a top spot on multiple Billboard charts and was featured in publications like LoudWire, Revolver, Grammy.com, and more.

Sure, we hear that yoga is a pretty good stress reliever. But something about mosh pits and screaming until your voice gives out just speaks to us, you know?

View the complete calendar of all Las Vegas concerts 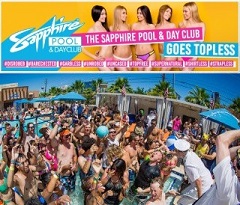