The Mentalist | 75% Off Tickets 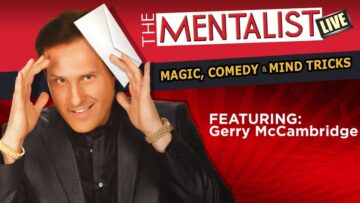 75% Off Tickets | Regular $120, Sale Price $29 + Taxes & Fees – Lowest Price Guaranteed | 7:30PM Thu – Tue at V2 – V Theater Upstairs Showroom at Miracle Mile Shops @Planet Hollywood | Utilizing his skills as a “mentalist,” Gerry McCambridge astounds the crowds as he uses his abilities to predict just what audience members will do next.