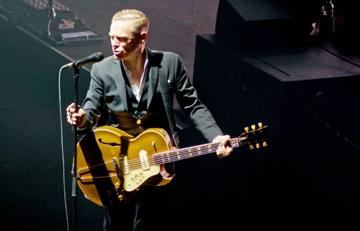 2023 Concert Dates: Jan 25,27,28, Feb 1,3,4 • 8PM at Encore Theater at the Wynn, Las Vegas | Bryan Adams is one of the most successful musicians of the past 40 years. He has been performing with bands since his teen years. Since 1983's Cuts Like a Knife, he's been a hitmaker. Over the years, he's created hit songs for albums and soundtracks. He's also played iconic events like 1985's Live Aid. Today, Adams continues to write, record and tour, playing to crowds of fans around the world.