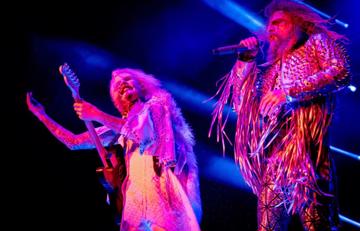 Sat, Aug 13, 2022 • 6:00 PM at Michelob Ultra Arena at Mandalay Bay Resort | Rob Zombie is a dedicated horror fan, and everything from his appearance to stage design to lyrics to stage name represents that adoration. He has had a long and illustrious career thanks to his ability to make horror and metal palatable to the mainstream. A regular on the festival circuit, Rob Zombie brings that flair when he plays at shows such as Rock USA, Hellfest, and Knotfest. His specific style of industrial-infused rock is easily recognizable because he honed it with his previous band, White Zombie, before releasing the smash album Hellbilly Deluxe, and it has served him well over the last two decades. All of his albums, each with a name that harkens to Zombie's love of horror, have made it to the top 10 on Billboard's 200 lists.