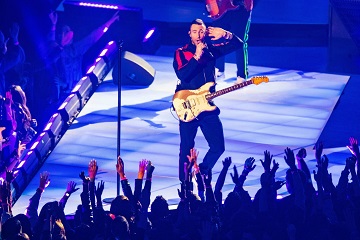 Thu, Dec 30, 2021 • 9:00 PM at The Chelsea at the Cosmopolitan of Las Vegas | Maroon 5 is a widely recognized pop-rock band that has sold 20 million albums and 70 million singles worldwide. The group continues to perform in front of sellout crowds around the globe. Some of its most popular hits include "She Will Be Loved," "Sunday Morning" and "Sugar." The group formed in 1994 and was initially known as Kara's Flowers before reforming in 2001 as Maroon 5. The band's freshman album Songs About Jane debuted in 2004 and topped the Billboard chart at No. 6. The album produced hit songs such as "Harder to Breathe" and "This Love." The group's lead singer is Adam Levine, who is widely recognized as a former judge on NBC's reality competition show The Voice and for his role in the romantic musical comedy Begin Again.

Sat, Jan 22, 2022 • 8:00 PM at T-Mobile Arena, Las Vegas | Formed in 1990 in Los Angeles, Tool is a rock band known for its complex and layered song structures, unique album art, intense live shows and song lyrics that can be obscure, profoundly spiritual and bitingly sardonic. The band's style and sound are utterly its own, sitting on the border between rock and metal. Tool has, at varying times, been said to play alternative rock, progressive metal, art rock, psychedelic rock and post-metal but, in truth, has shown an impressive ability to defy all precise genre classifications, experimenting heavily from album to album and song to song. Over the years, Tool has played at many major music festivals, particularly at Lollapalooza in Chicago 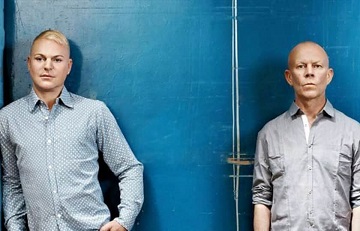 The musical partnership of keyboardist Vince Clarke and singer-songwriter Andy Bell led to the formation of Erasure. It was one of the most successful musical acts of the late '80s and early-to-mid '90s. By 2007, Erasure had notched up 24 UK Top 40 hit singles in a row. By 2009, 34 out of 37 of Erasure's eligible singles made it to the UK Top 40, and 17 of those rose into the Top 10. Erasure won the Brit Award for Best British Group in '89. As a true international sensation, the band boasts of huge followings in multiple countries outside the UK, including mainland Europe - particularly Denmark, Germany and Sweden - and South America - particularly Chile, Brazil, Peru and Argentina. The band also made a splash in the US with "Always" and "A Little Respect." Both songs reached the Top 20 on US charts. The band has also become immensely popular within the LGBTQ community, with Andy Bell as a beloved icon. 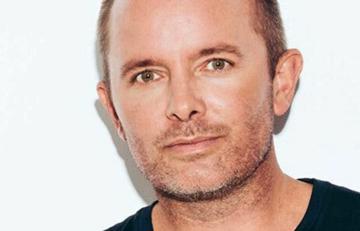 Thu, Mar 31, 2022 • 7:00 PM at T-Mobile Arena, Las Vegas | Chris Tomlin is one of the most successful contemporary Christian artists of today. He is the recipient of multiple music awards, including Dove and Grammy awards, and has been a leading artist since the mid-1990s. He has sold over 7 million records since his highly successful 2004 album, Arriving, which included hits like "Holy is the Lord," "Our God" and "How Great Is Our God," three of the most popular musical worship songs in Christian churches.

Fri, Apr 01, 2022 • 7:30 PM at T-Mobile Arena, Las Vegas | The performer known as Billie Eilish has been working hard to achieve her dream of being a stage sensation since she began singing in the Los Angeles Children's Chorus at the age of eight. Her brother and both of her parents are also lifelong performing artists, which made her no stranger to the industry. She has always had a flair for the dramatic, and it shows in her unforgettable videos and live shows. Since first releasing the track that got her noticed in 2016, "Ocean Eyes," she has proven her ability to reinvent her sound over and over to create unique viral hit songs. Her vocals can be compared to artists like Ella Vos and Lorde. To date, she has had multiple gold and platinum singles top the charts. 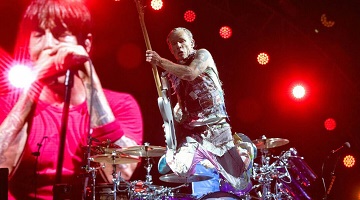 Sat, Aug 06, 2022 • 6:30 PM at Allegiant Stadium, Las Vegas | With a career spanning over three decades, it is no wonder that Red Hot Chili Peppers is still one of the top rock bands in the world. They are one of the top-selling artists of all time, having sold over 80 million records around the globe. Of the 16 Grammy Awards they have been nominated for, they have won six. The band is considered the most successful Alternative Rock band in history, having spent the longest time at No. 1 on the Billboard Alternative Songs Chart at 85 weeks and having the most Alternative Rock No. 1 singles at 13 and 25 top 10 songs. In 2012, they had the honor of being inducted into the Rock and Roll Hall of Fame. They have had 12 studio albums.

Fri, Aug 26, 2022 • 7:30 PM at T-Mobile Arena, Las Vegas | From humble beginnings, The Killers have solidified their place as one of the most popular rock bands of the 21st century, and while the band's sound is most often described as glamour rock, they also fall into alternative, indie and post-punk rock. The band's first album Hot Fuss, which is certified platinum in the United States, Australia and Canada, includes their most well-known song "Mr. Brightside." During live performances, fans also go crazy for "Somebody Told Me" and "Smile Like You Mean It." The Killers are strongly influenced by English artists, including Morrissey, likely because they were first signed by an independent label in London, so they played several venues in the United Kingdom before they picked up steam in the US. They have headlined several live concerts like Glastonbury and have sold out venues including Madison Square Garden in New York City.

$35
Every Thursday morning at 9:00AM PST, we will send to your email the calendar of the top Las Vegas events that will be taking place in the upcoming 7 days: Click here to subscribe