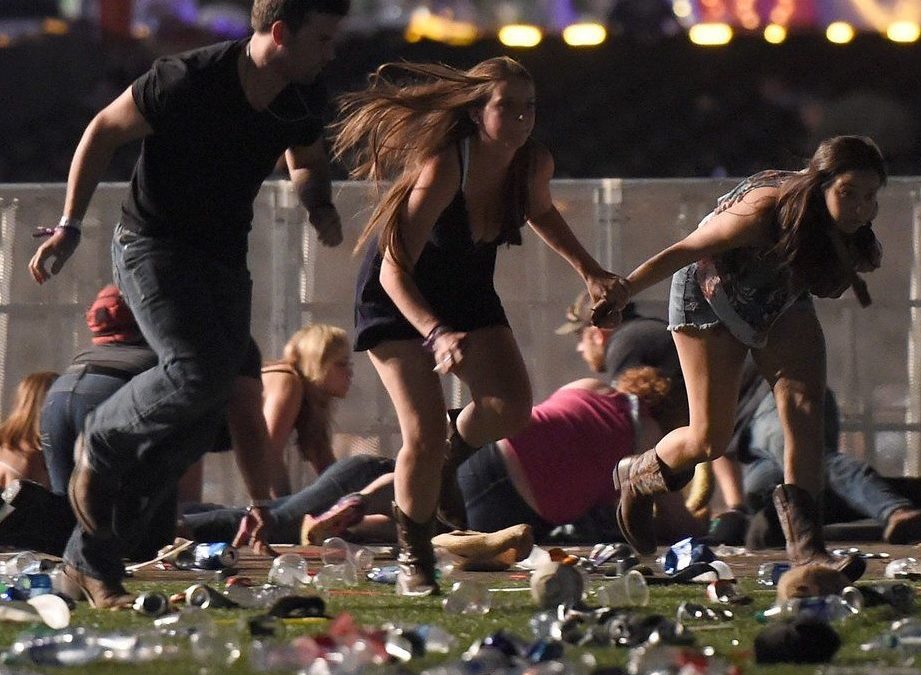 On the night of October 1, 2017… from 10:05 to 10:15pm, Stephen Paddock opened fire from his corner suite at Mandalay Bay onto the crowd of concertgoers attending the Route 91 Harvest country music festival. The music festival was taking place at the Las Vegas Village venue which was kitty corner from his hotel room.

Paddock killed 58 people and wounded 413 from the shootings. The ensuing panic brought the injury total to 869. Paddock fired more than 1,000 rounds of ammunition from his suite on the 32nd floor of the Mandalay Bay Hotel. Paddock was a 64-year-old man from Mesquite, Nevada. At approximately 11:15pm, Paddock was found dead in his room from a self inflicted gunshot wound. To this day, his motive remains undetermined. This was the deadliest mass shooting in United States history.