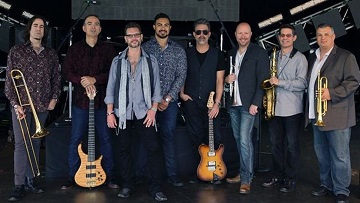 Blood, Sweat & Tears is bringin' their classic brass/folk/rock sound to Las Vegas on October 9, 2021. It's fitting that their name is Blood, Sweat & Tears. Since hitting the scene in 1967, the band has endured their fair share on the road to success, but like any good champion, they came out stronger than ever and continued to pile up the hits! "Spinning Wheel," "I Love You More than You'll Ever Know" and "You've Made Me so Very Happy" have helped these guys sell a ton of records and tour like it was nobody's business. Blood, Sweat & Tears have gone on to win three Grammy's including the "Album of the Year" award. Their 1969 album, "Blood, Sweat & Tears," was inducted into the Grammy Hall of Fame in 2002. They also received a Playboy Jazz & Pop Award.