An event every week that begins at 6:00 pm on Sunday, Monday, Wednesday, Thursday, Friday and Saturday, repeating until November 28, 2021 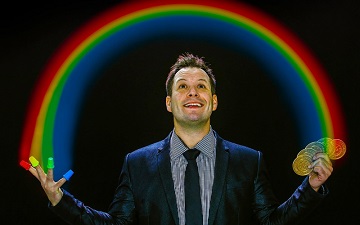 Lowest Price Guaranteed: If you purchase your tickets to Farrell Dillon Comedy and Magic at Bally’s via the following ticket link and later find a better price for the seats purchased, the competitor’s price will be matched and the difference will be refunded. That’s customer care you can count on.

Farrell Dillon’s new show inside Bally’s Magic Attic is a hilarious and mystical look into the magical arts.

As a graduate of the Chavez School of Magic, Farrell Dillon was on all 8 season’s Masters of Illusion, The Today Show, and many other shows. He has also been nominated for the Best Stage Magician of the Year award by Hollywood’s famous Magic Castle.

His arsenal of tricks includes sleight of hand, dangerous stunts, and so much more. Farrell Dillon’s show at the Magic Attic is a Vegas must-see.