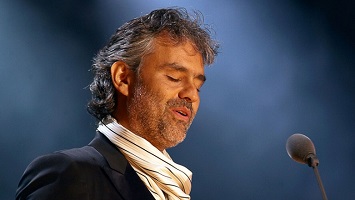 Fri, Feb 18, 2022 • 8:00 PM at MGM Grand Garden Arena | Andrea Bocelli has wowed audiences for years. Oprah Winfrey once commented that Andrea Bocelli's voice is what you would hear if God chose to sing, and record producer David Foster regularly tells whoever is listening that Bocelli's voice is the most beautiful on the planet. Oprah and David Foster are not the only people who would encourage you to score Andrea Bocelli tickets if he is performing near you. Bocelli was nominated for a Grammy in the Best New Artist category in 1999. He also won a Golden Globe Award in the Best Original Song category for the duet "The Prayer" that he performed with Celine Dion. The song was recorded for the animated movie Quest for Camelot. The Guinness Book of World Records was even moved to record an extraordinary accomplishment by Bocelli. The opera icon made history in 1999 for holding the top three spots at one time on the classical album charts in the United States. The feat was accomplished after the release of his album Sacred Arias. 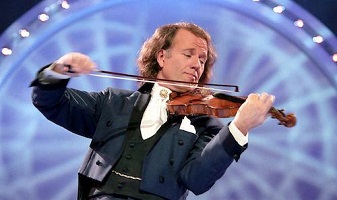 Fri, Mar 18, 2022 • 8:00 PM at T-Mobile Arena, Las Vegas | Andre Rieu is from the Netherlands and began his career as a violinist and a conductor at various orchestras. In his later life, he created the Johann Strauss Orchestra -- his waltz-centred orchestral grouping. Since its creation, Andre Rieu has toured with it throughout the world, mixing waltz and classical music into a single act. Depending on the country they perform, the orchestra may include local remastered folklore music.