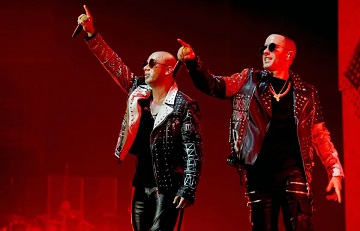 Fri, Nov 18, 2022 • 8:00 PM at MGM Grand Garden Arena | Wisin y Yandel is often dubbed as the most successful Latin reggaeton crossover group to date. The Puerto Rico natives have reached commercial success in both the Latin music industry and the English-speaking music industry with over a dozen top 10 hits over the years, such as "Rakata" and "Noche de Sexo." The duo has also been featured on songs with many other successful Latin crossover sensations, including Ricky Martin, Pitbull, Daddy Yankee and more. The reggaeton beats and dance moves of this Latin duo exhibit contagious energy, and live Wisin y Yandel concerts are often described as an unforgettable experience.